Well, the holidays have come and gone. The past busy month and a half have left me with less time for boaty things. For the most time I've dealt with that by neglecting the internet portions of my boating hobby, though the building part has slowed a bit, too.

I'd been going back and forth about how to finish the keel. For better or worse, I'm going to go with the center layer of the keel running vertically. With that in mind, I've fit most of the wood needed, and I've started working out a method to drill for the keel bolts. I've discussed the issues involved at length in previous posts, so I'll mostly just show some pictures of how things are going. 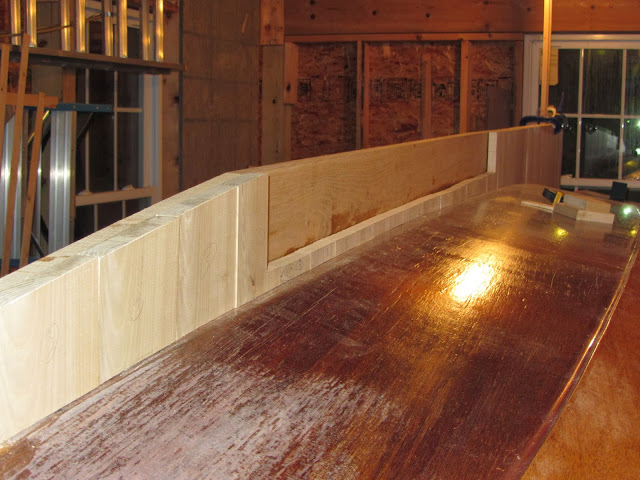 I've left a recess for the lead ballast. The first layer will need to be cut away, too, but I'll leave it in as long as I can to add some strength to what would otherwise be a weak section in the middle. I've been doing my epoxy work in the basement for the last month or two, which involves moving the keel quite a bit. Here's another view. 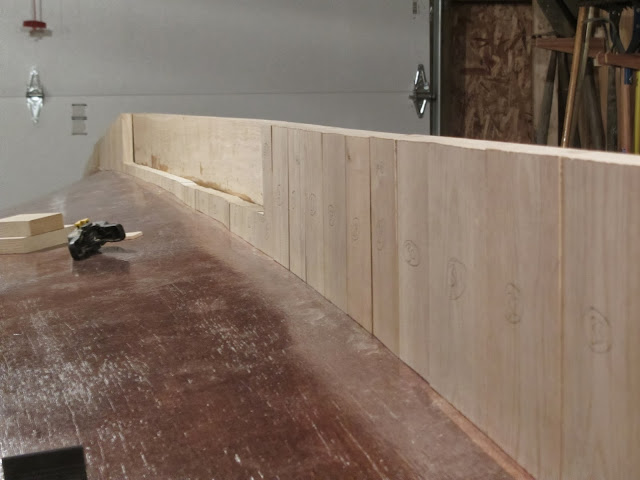 I still have some things to work out at the stern. Namely how the outer stern post will fit against the deadwood. The pencil line in this view is a rough approximation of the final shape. If you look closely, you can see where I've drawn a grid on the deadwood. The squares are 3" on each side, which corresponds to 1/4" on the plans. I drew the corresponding grid on the plans, and marked on the deadwood where the curve should intersect the grid lines - well roughly, anyway. It needs to be tweaked a little bit, but it gives a good impression what the finished product will look like. 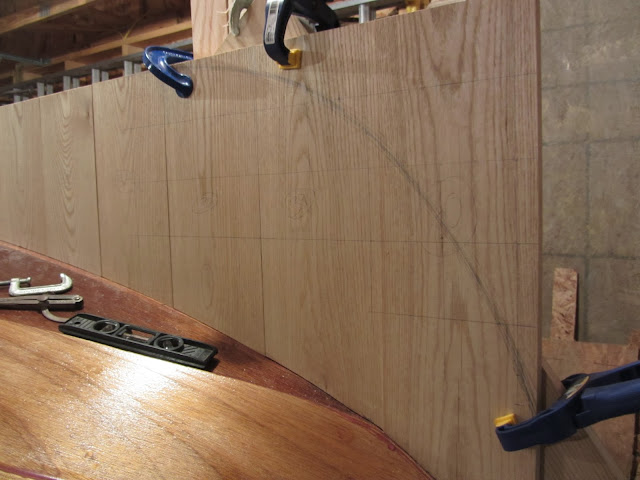 Here's a view from a different angle. 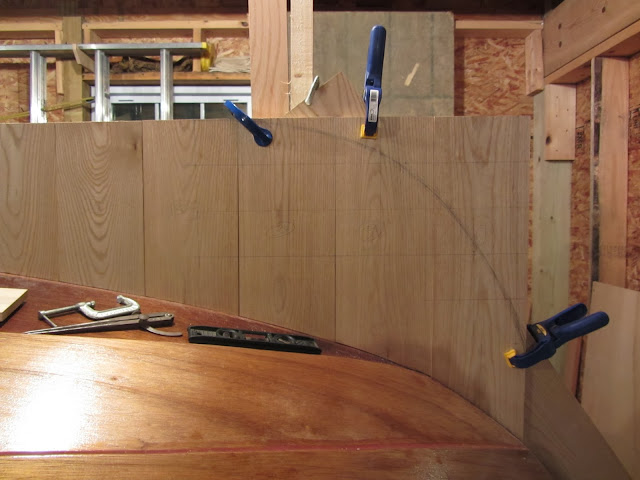 It's starting to come together. The next jobs are to figure out the keel/stern post interface, and glue the first two layers together. After that, I think the third layer should go very quickly, with relatively few pieces whose shapes can be found by tracing the already glued-up layers.