Tall Ships Erie 2013 took place on September 5-9. Celebrating Commodore Perry's victory in the Battle of Lake Erie on September 10, 1813 during the War of 1812, eight tall ships joined U.S. Brig Niagara at the port of Erie. Tens of thousands of visitors came to view the ships and get a taste of what life at sea is like. Here are some of the hilights: 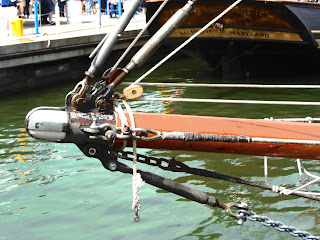 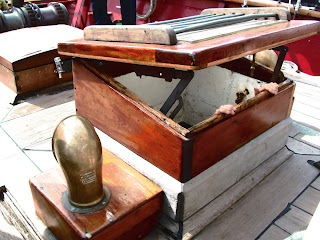 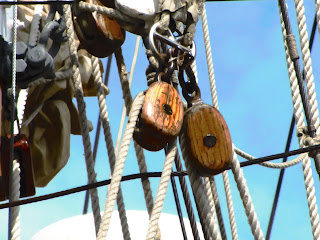 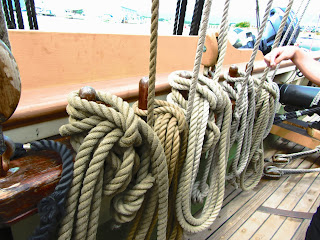 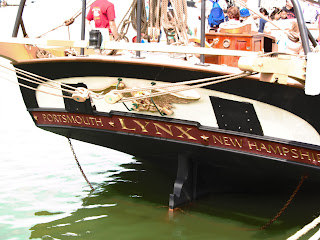 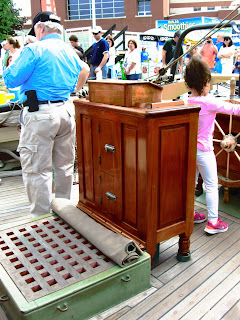 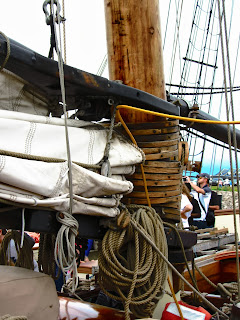 All in all, it was a good event. There were many, many people there. All the parking areas seemed to be full to capacity. (We ended up parking on the street.) The lines to get on each of the ships were long. I think the experience would have been enhanced by have a few crew members on the ships with a two minute talk about... something. Explaining how the ship operates ("These are the halyards, they raise and lower the sails...") or the maintenance that needs to be done. On one ship, one of the crew was repairing a block. She could have told everyone who walked past her what she was doing and why.

Then again, I guess they don't have to do that to draw in the crowds.